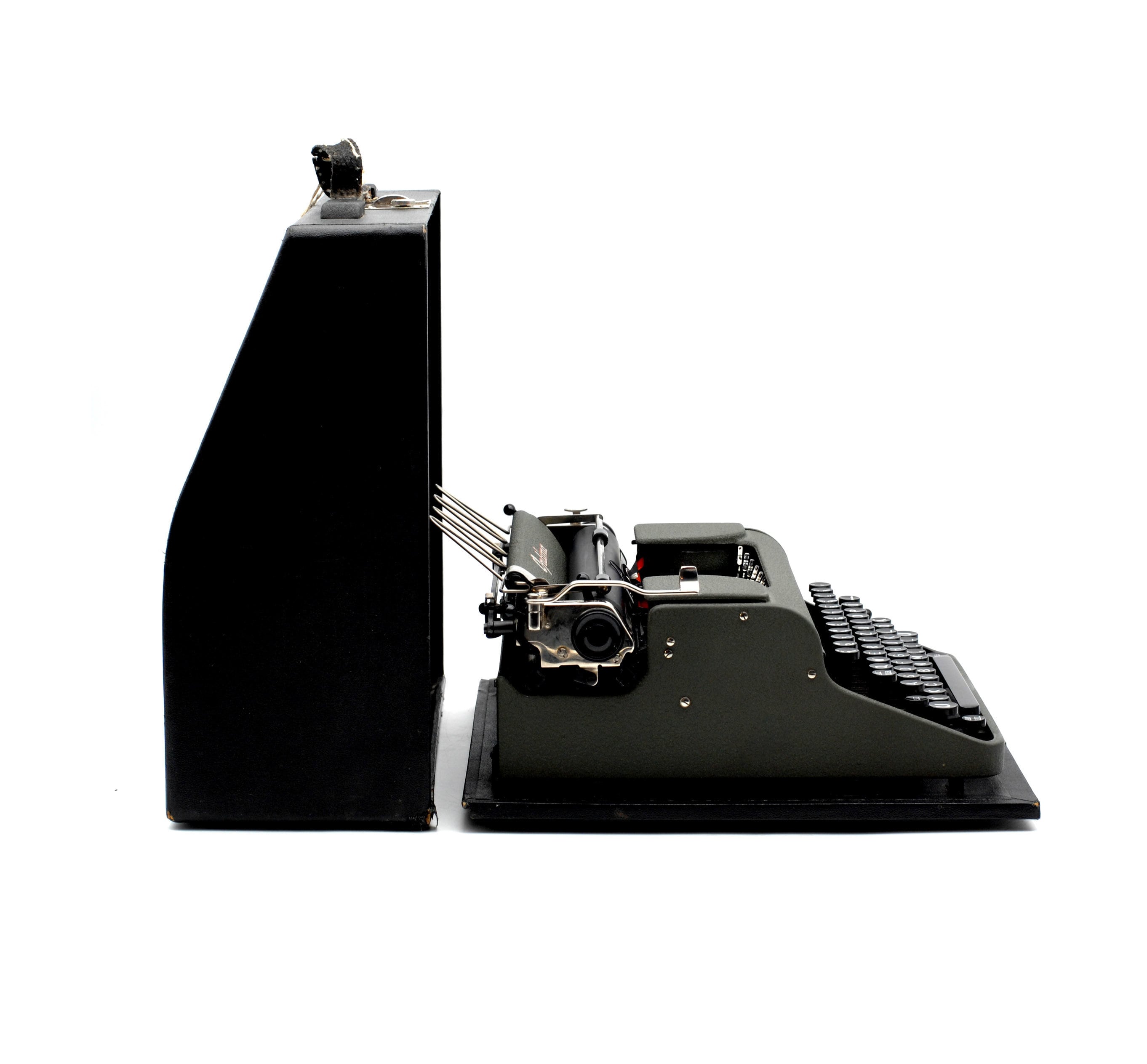 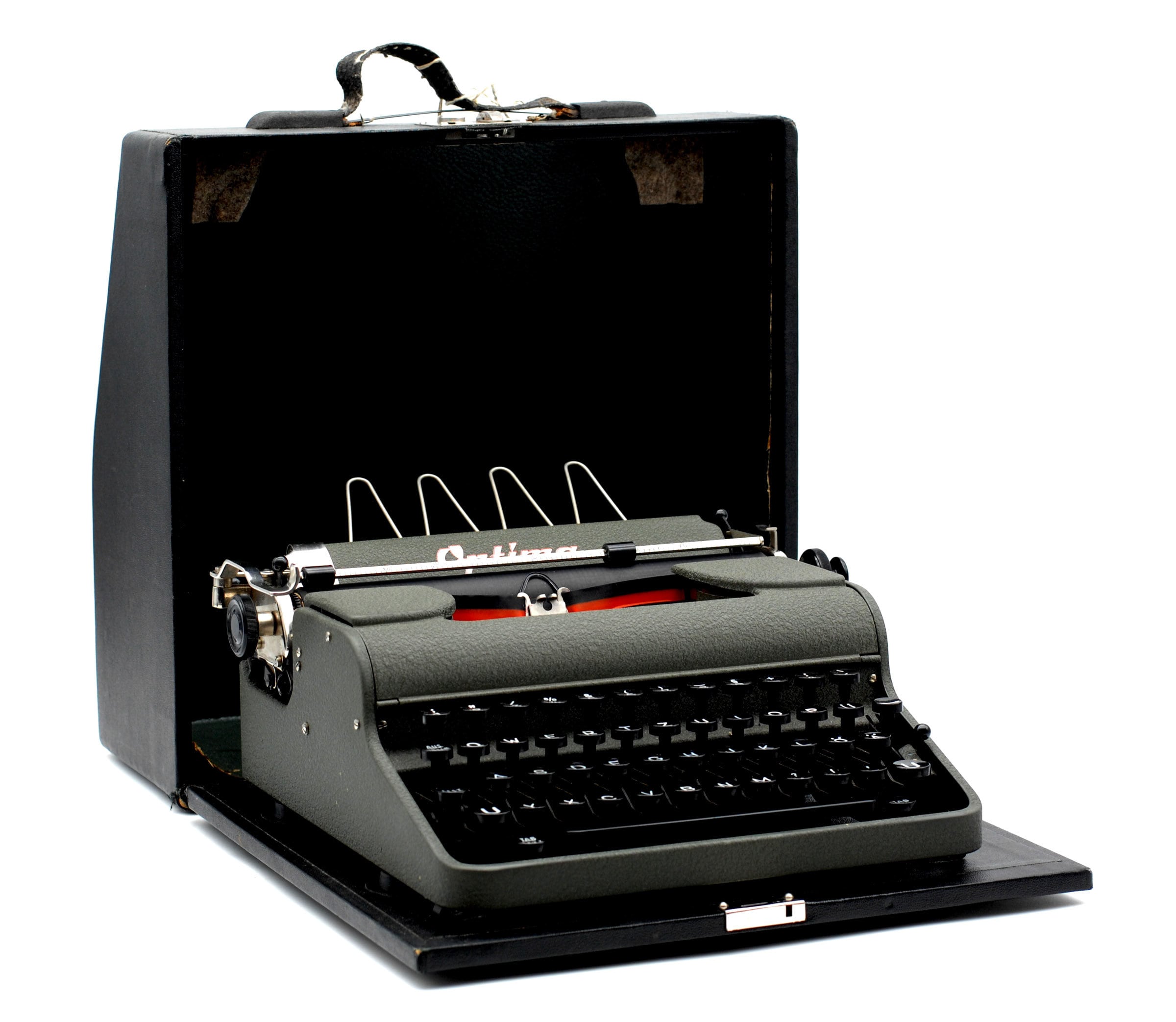 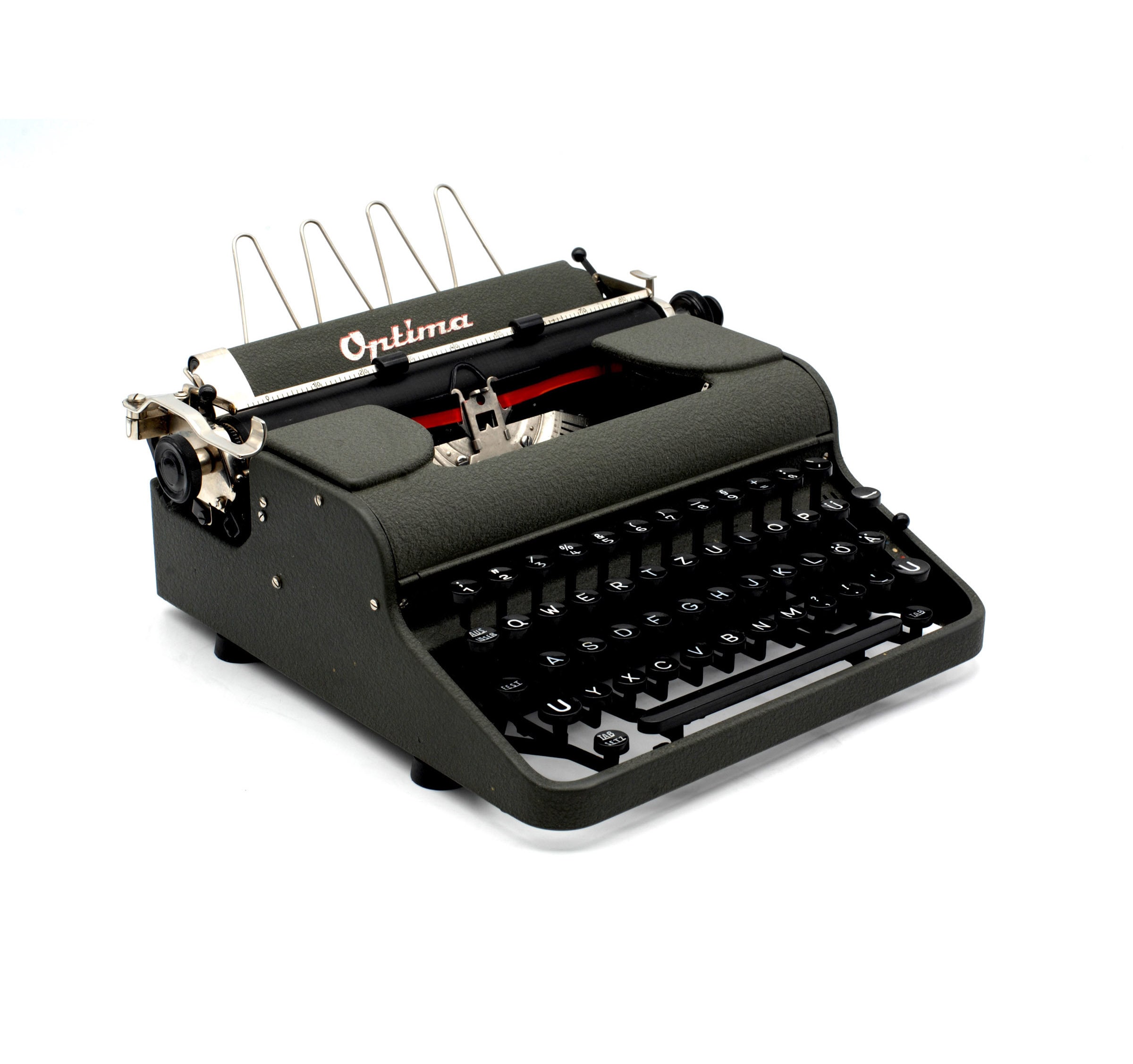 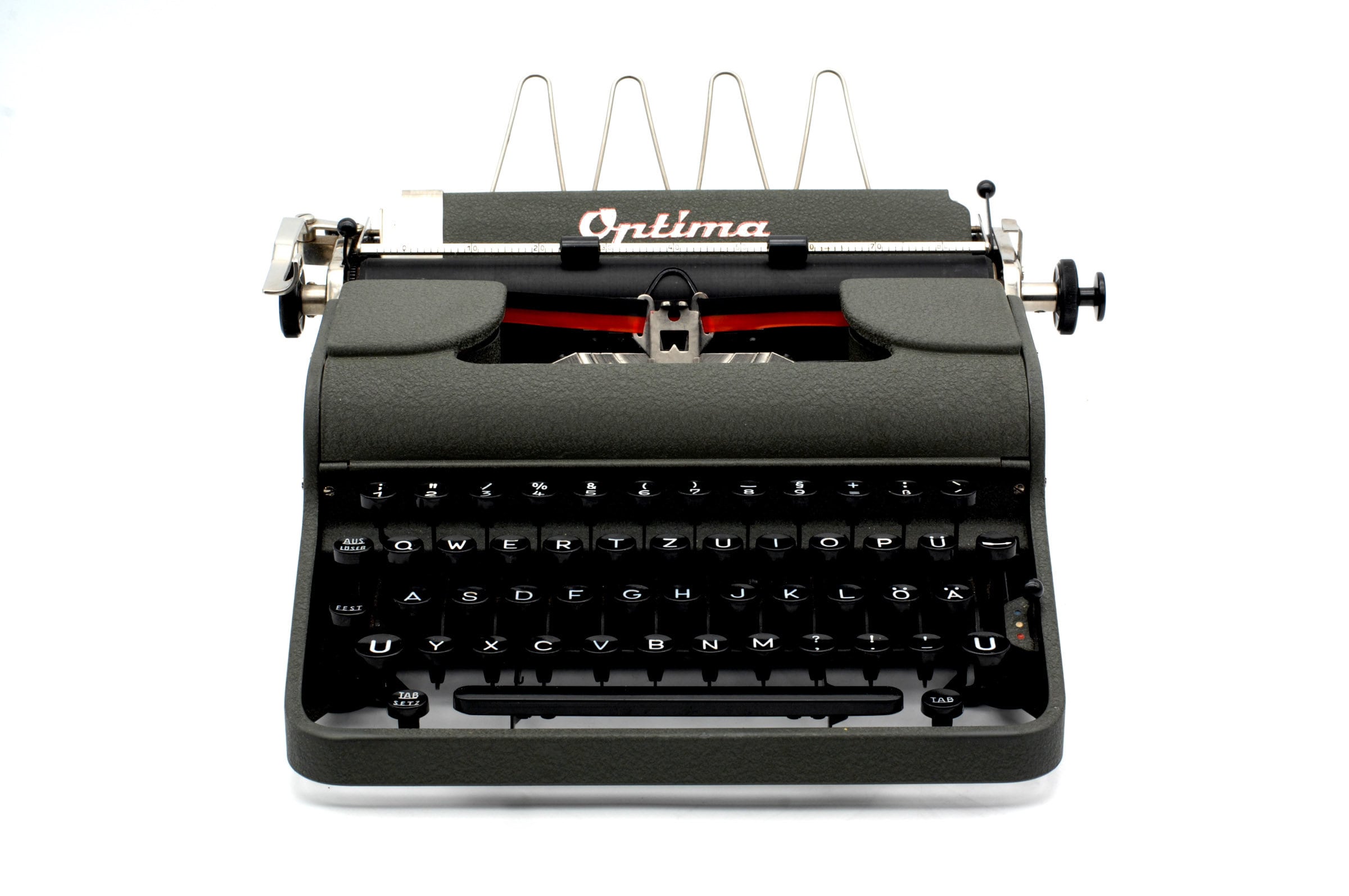 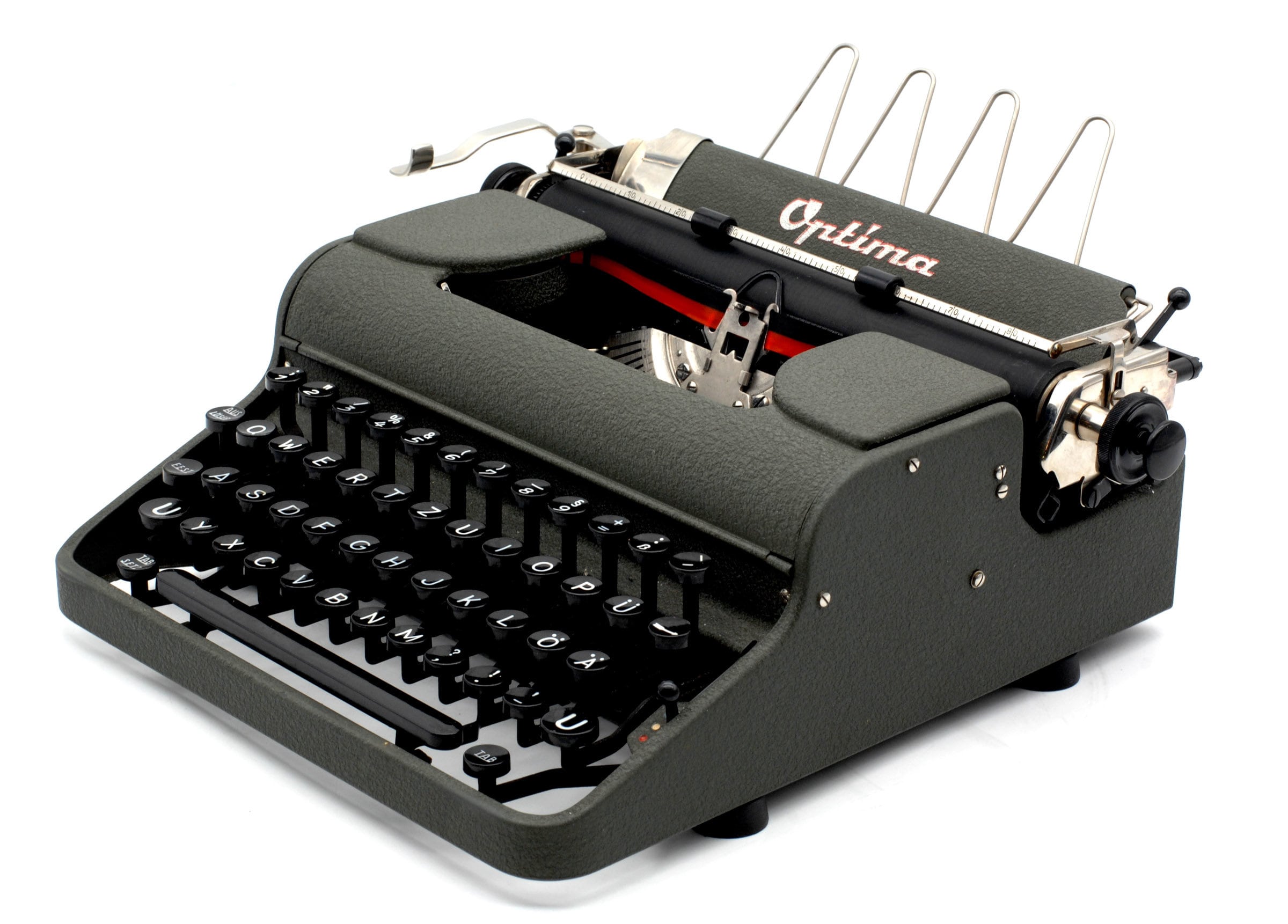 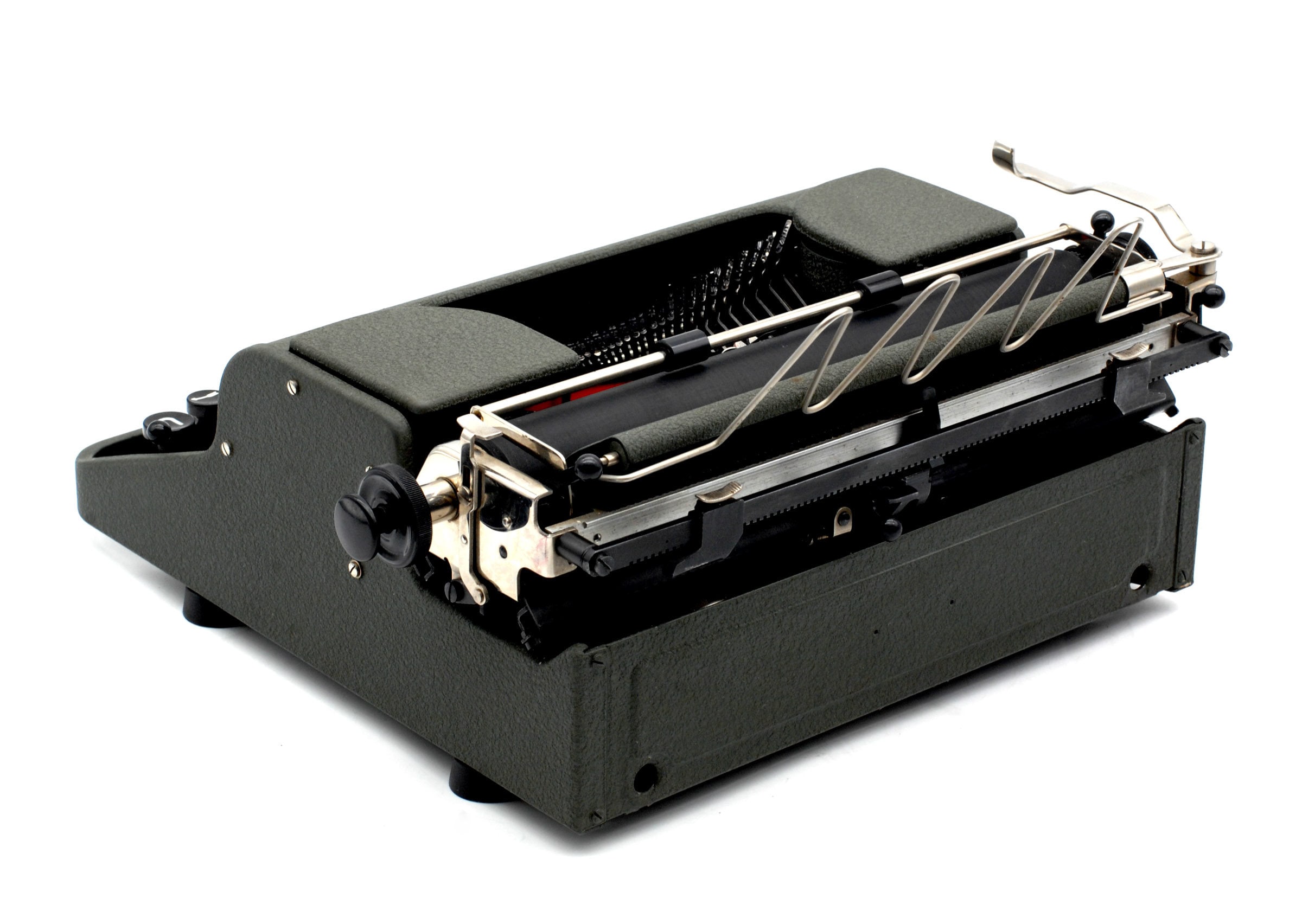 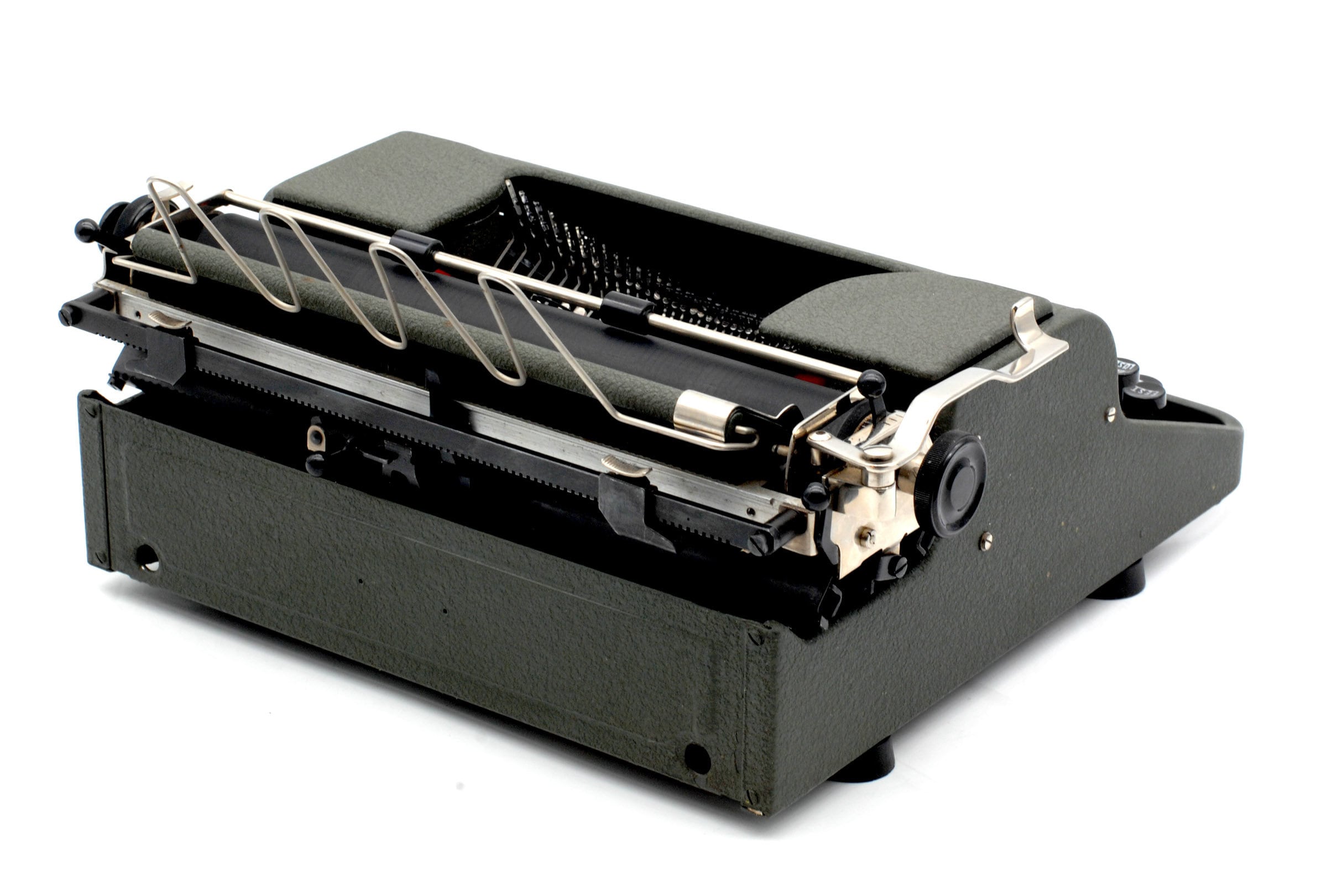 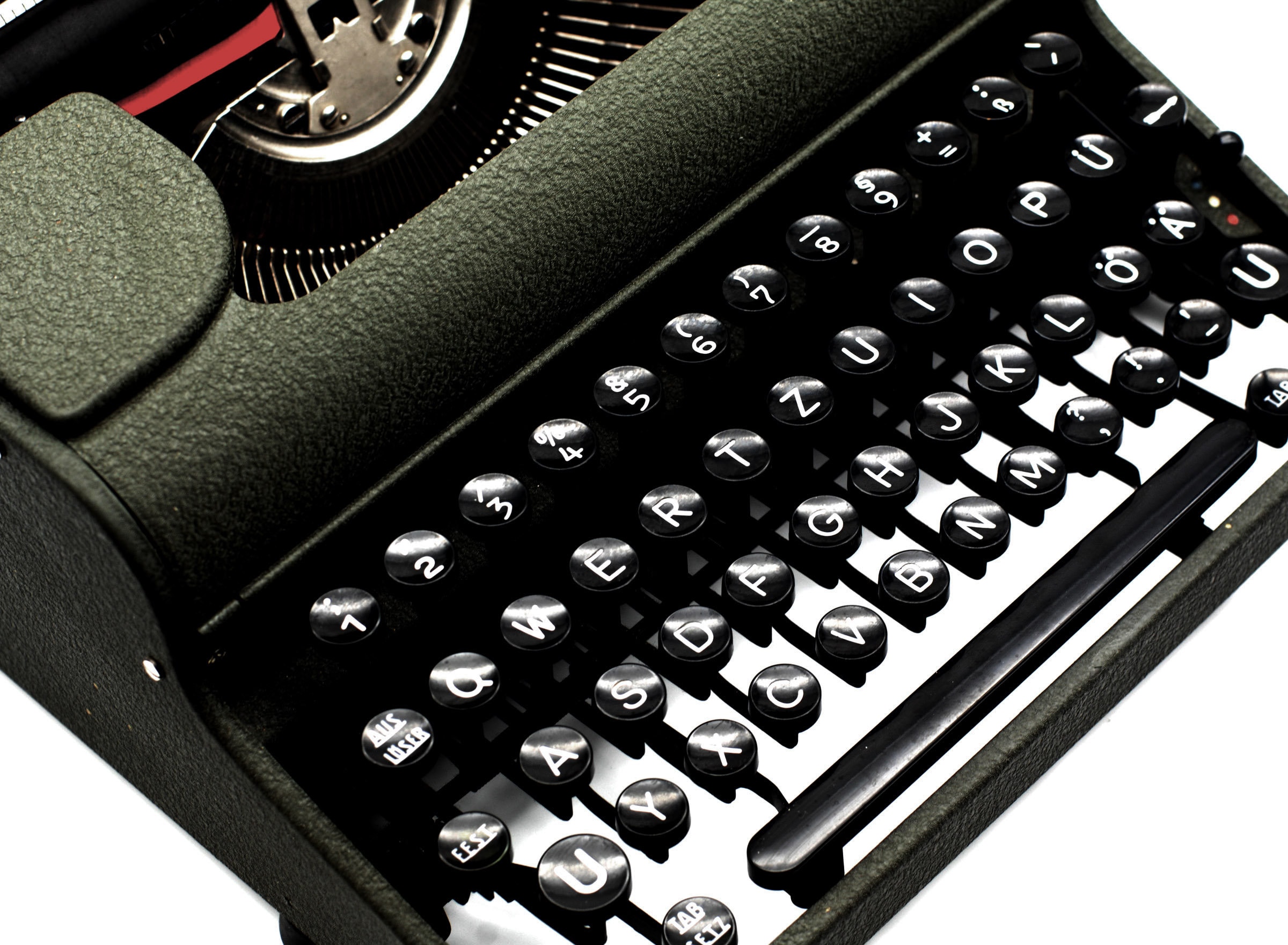 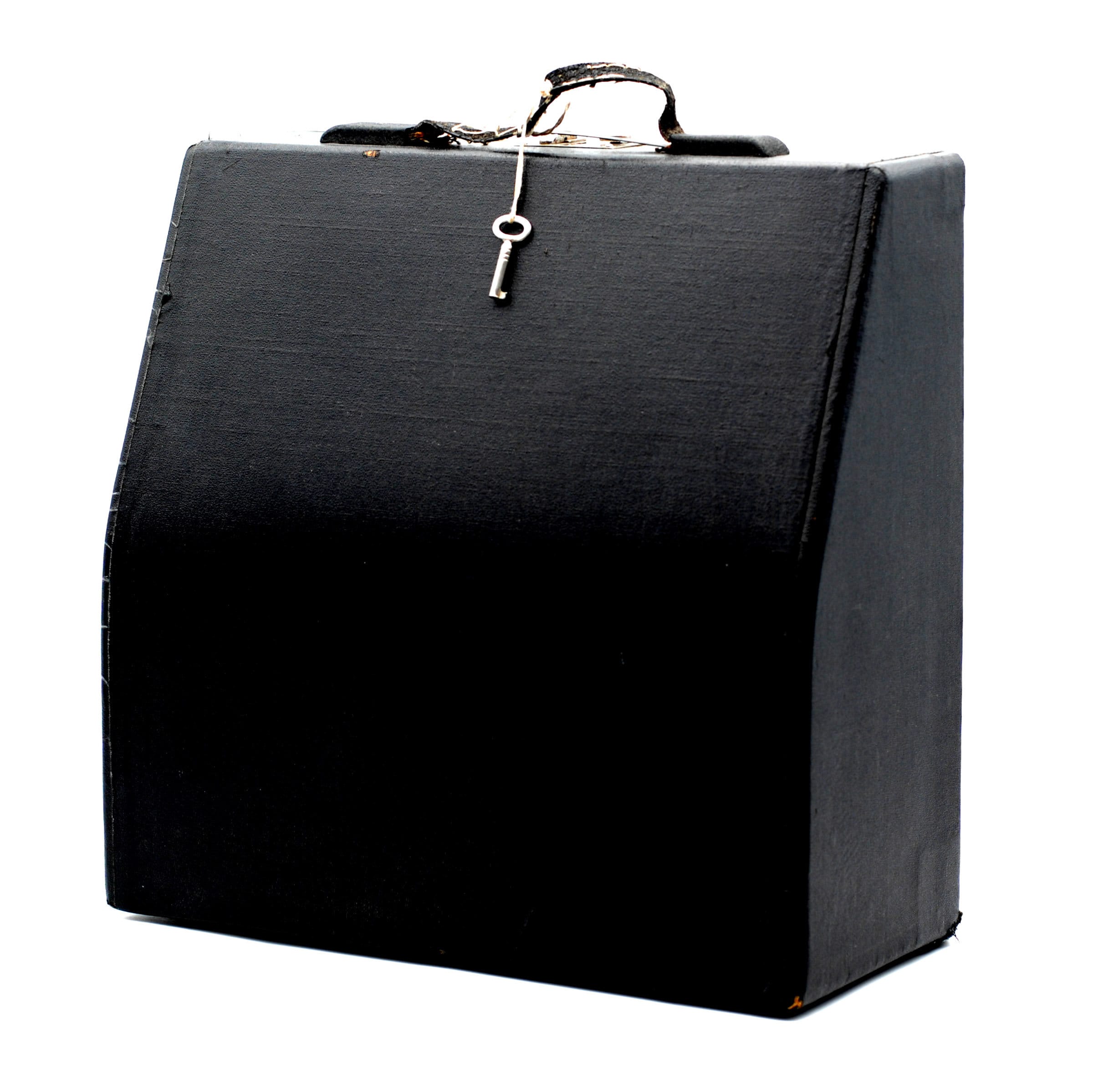 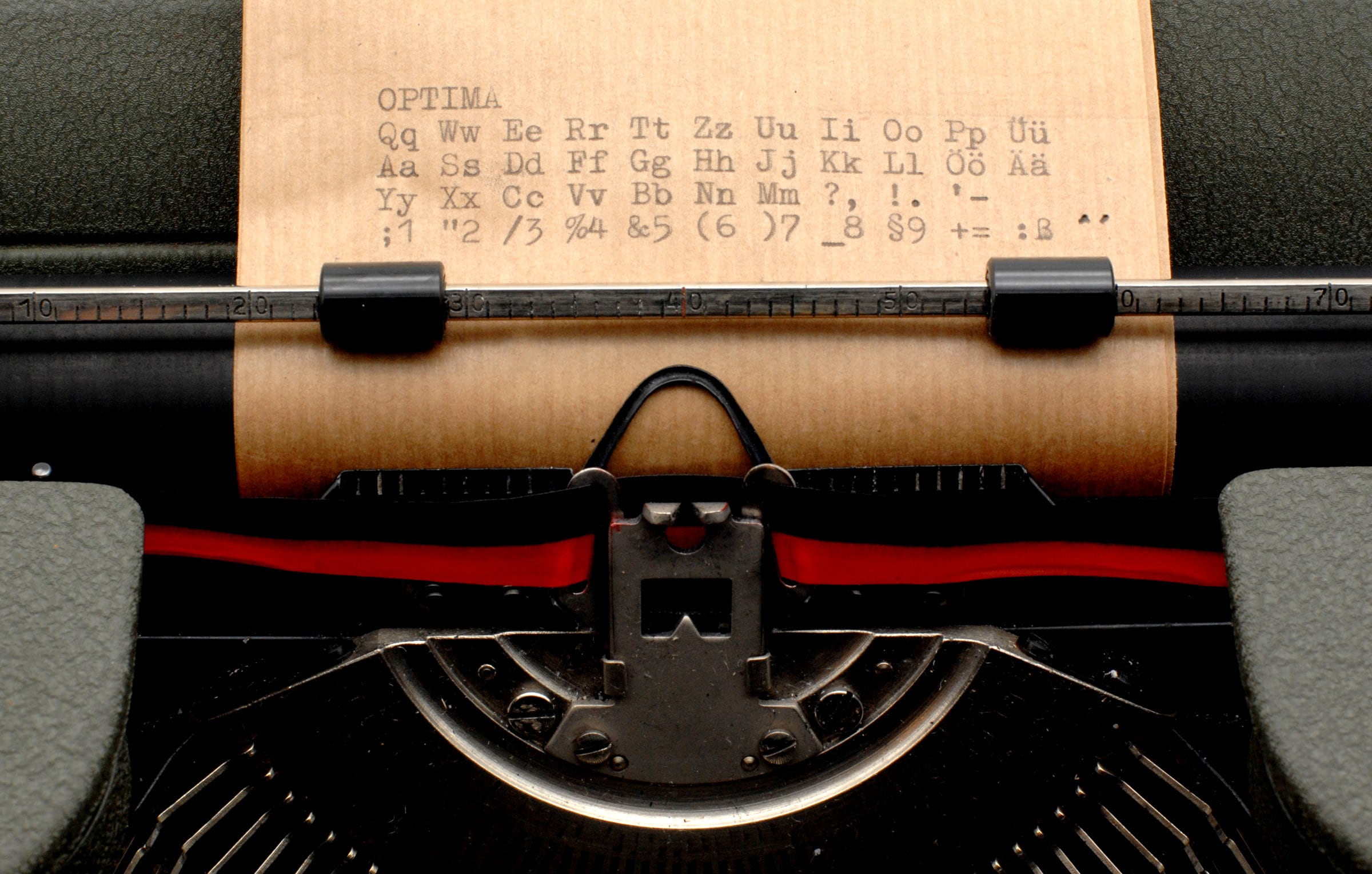 The Optima Elite, an iconic typewriter from the GDR iron curtain times!

Olympia factory in Erfurt operating since 1923, did produce into the eastern soviet part of the country.
Engineers and employees planned to move operations to Wilhelmshaven, in West Germany but another team was willing to rebuilt the former plant in the GDR territory. So the company was split: who would take the glorious Olympia original name? After longlasting legal battle ended in 1948, a new factory located in West territory got the Olympia name while in the East the typewriters were branded "Optima".
The Erfurt factory detained majority of the pre-war Olympia designs while the the engineering team moved to the West side to produce entirely new models.
Olympia Elite, introduced for the first time in 1933.
Its production remarkably endured the war and survived some years thereafter with only light changes.
Mechanics remains as robust and bright as in the pre-war design but textured military-green finish with black keys and beautiful white "Optima" red decal refreshes its looks to match up with the new coming era.
Regasrding performance, it is a very reliable machine, with all features a modern manual typewriter must have including ribbon color selector and advanced tabulator system.

New and fresh ribbon will be installed so when you will receive you will be ready to type!

Near mint conditions: near perfect in aesthetic and mechanics. Carefully cleaned oiled and sanitized.
See pictures for details: pictureas are exacly if the item you will get.


For a fast and secure international delivery please provide telephone contact number.
For any other question or comment contact me I will be happy to hear your comments.

Ship items back to me within: 14 days of delivery

I don't accept exchanges or cancellations

But please contact me if you have any problems with your order.

The following items can't be returned or exchanged

Because of the nature of these items, unless they arrive damaged or defective, I can't accept returns for:

0 items in your cart